It’s no fluke they are tasting some great success, recently having their tracks signed to Frontliners legendary Dutch powerhouse label Keep It Up in mid 2014, Aaron & Aaron are some of the hardest working producers in the country. It’s not unusual to find them in the studio at 3 or 4 in the morning mixing up another banging track.

Both mates since their school days, they formed a strong bond over their passion for music and the desire to deliver this shared passion through their own music and live sets. With inspiration from hardstyle legends such as Frontliner, Noisecontrollers and Zatox, Dillytek are passionate about their music and are driven to continue to innovate and lead the Australian hardstyle scene to new heights.

Since forming in 2010 they have released a small arsenal of hits such as ‘Feeling’, ‘Salvation’, ‘Abandoned’ and ‘Alive’. And also had the opportunity to write the Defqon Australia 2015 Anthem together with Frontliner and Aussie Hip-Hop legend 360, the track titled ‘No Guts, No Glory!’ was released on Q-Dance Records. These boys have forged a reputation for having as much fun as their fans during their live sets. Dillytek live shows are becoming recognized as some of the most energetic of all. Having played at Defqon.1 Australia over a number of years, also including a handful of main stage gigs in 2013, 2014 & 2015 where they got to share the limelight with Brennan Heart, Coone and Noisecontrollers to name a few. Indicative of their broadening appeal internationally, Dillytek were invited to play and represent Australia at Defqon.1 in The Netherlands in 2013, and again in 2014, as well as Frontliner X-Qlusive 2015.

If you want to see the next big thing in hardstyle then keep watching this space as The Dynamic Duo Dillytek are sure to be one of the hardstyle heroes of the future! 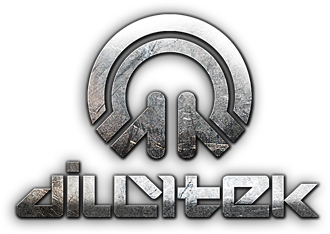